MTAF designed U.T.I.’s logo and created the album artwork for their first album. The drawing is inspired from actual events and bitchface nurse at the Verdun Hospital in Montreal, minus the shotgun. It was featured in the 2008 “Toronto’s Burning” Hardcore compilation LP produced by Schizophrenic Records. 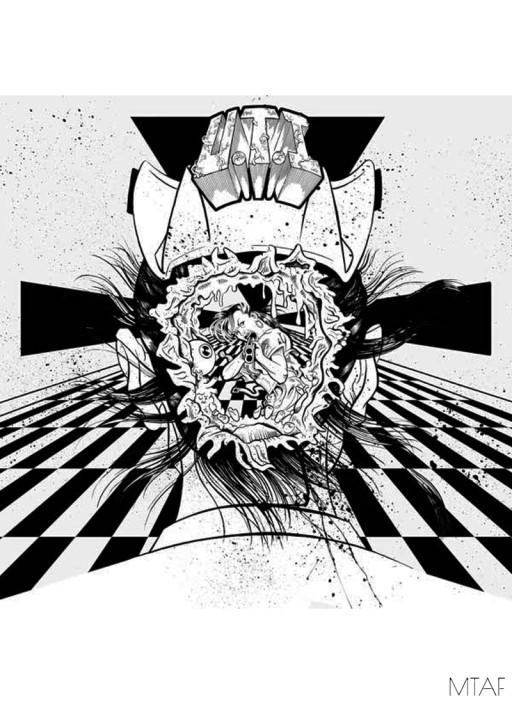 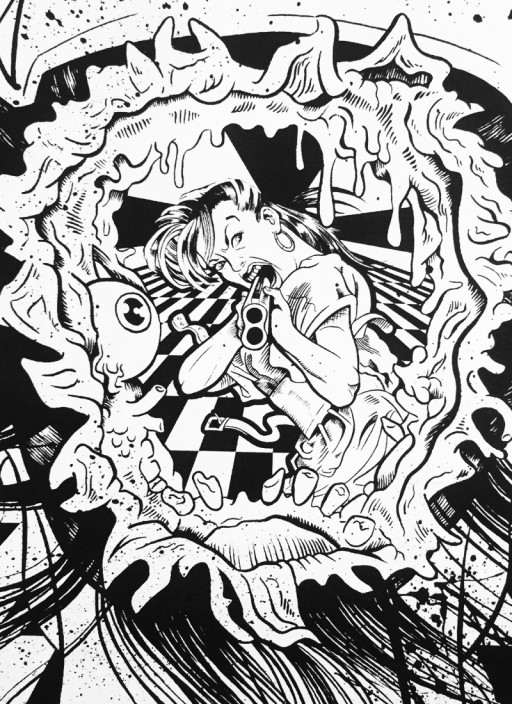 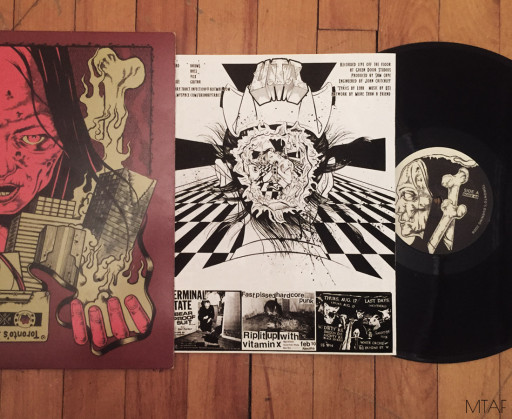 Leah being my first cousin and biggest muse, I once again got to do some insane illustration and design for U.T.I.’s second LP. The illustration “Tit Monster” was inspired by her manic frustration breastfeeding and the crazed role motherhood can be.  It was featured in their second record, which was split with hardcore band Gunnar Hansen and produced by Schizophrenic Records in 2011.

A great excerpt about the Gunnar Hansen / U.T.I. split LP is quoted from Equalizing Distort :

“Leah’s vocals project that tasmanian style of bands like the Accused and Beyond Possession. She sounds crazed. The music draws on a variety of sounds of hardcore. Like the song “Dumb then Dead” which is super fast and plays with tempo changes which sits next to a song like “Klabolitermannikin” which is slower paced and played with some heaviness from the rhythm section while Chad runs havoc with this disharmonic guitar ringing over the top of everything. He sounds like he is playing in Articles of Faith and Youth of Today simultaneously.” 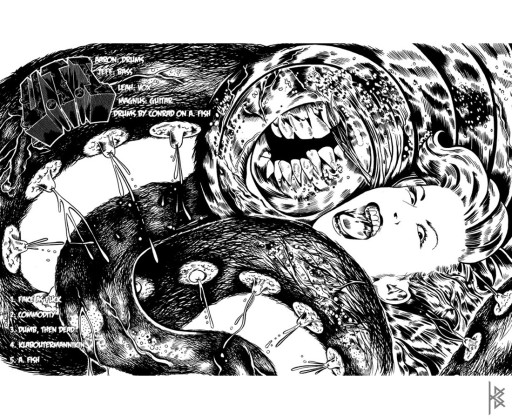 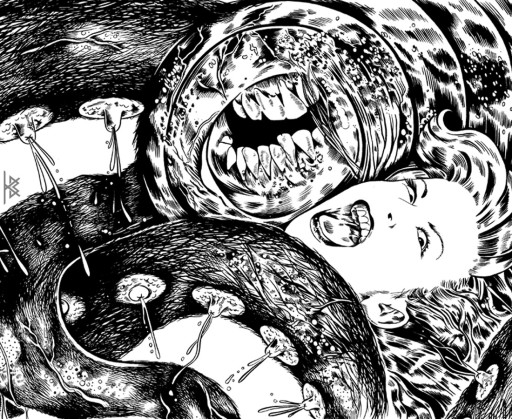 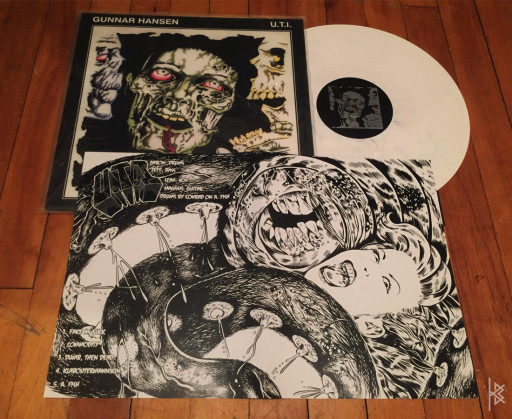