Reality television show “Miami Ink” stars, Chris Nunez and Ami James chose Montreal as their first international location for their new LOVE HATE rock bar. In 2009 in Old Montreal, LOVE HATE opened it’s doors set in a historic house built around 1800. MTAF had the opportunity to brand it’s interior with two massive 10′ paintings which hung behind both bars located on the first and second floor. The theme of the paintings reflected the interior which was both rustic, hunter lodge-esque mixed with classic tattoo iconography. The characters play a dance of seduction, not unlike the relationship that a hunter has for its prey. Both were painted on wood in oil and airbrush and had 3D cutouts. The LOVE HATE invite also echoed the paintings with the illustrations used in the pieces. 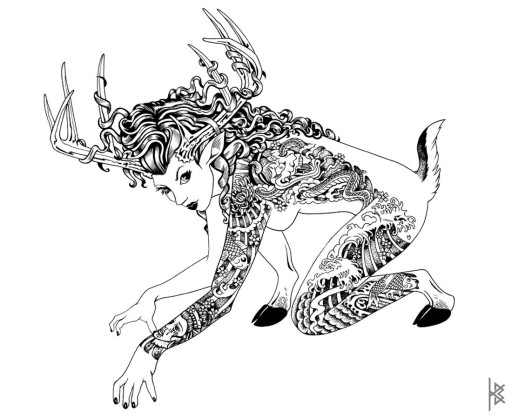 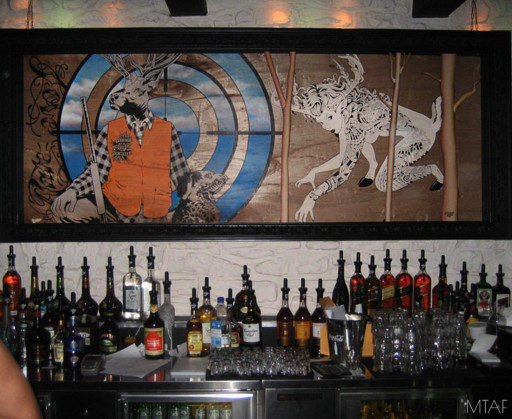 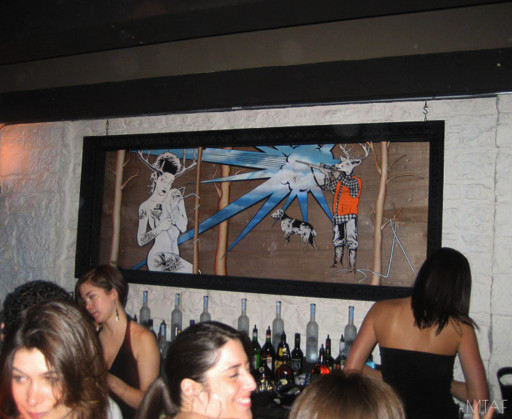 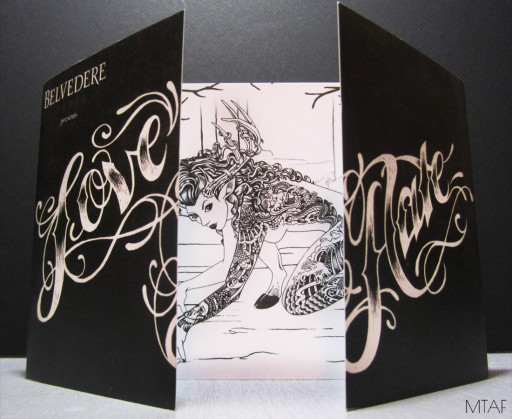 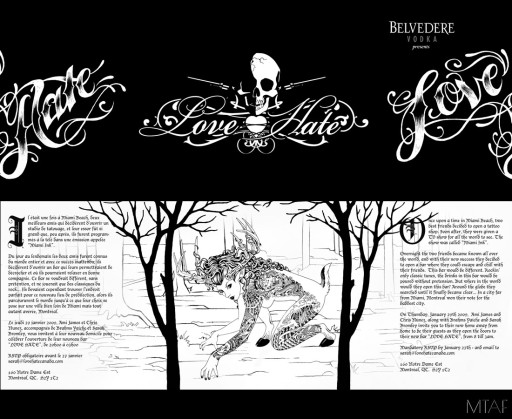 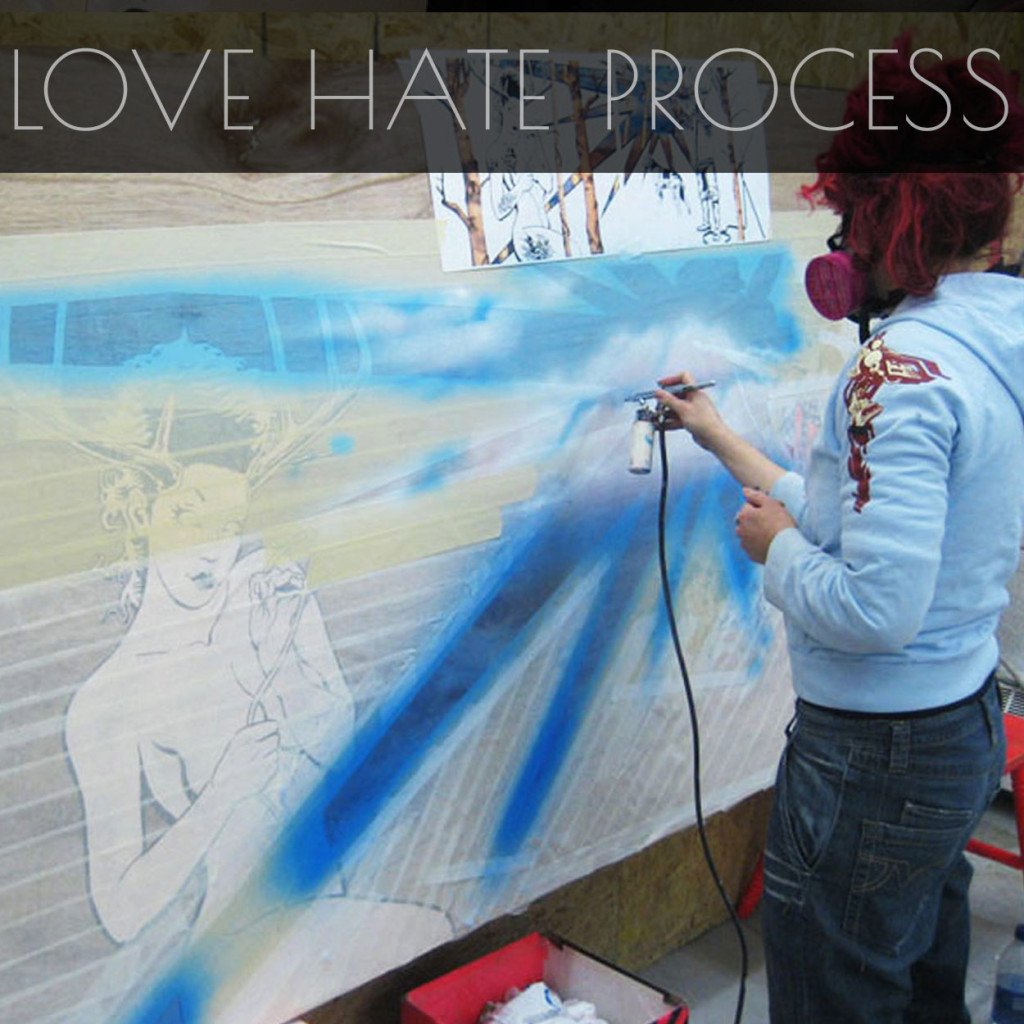 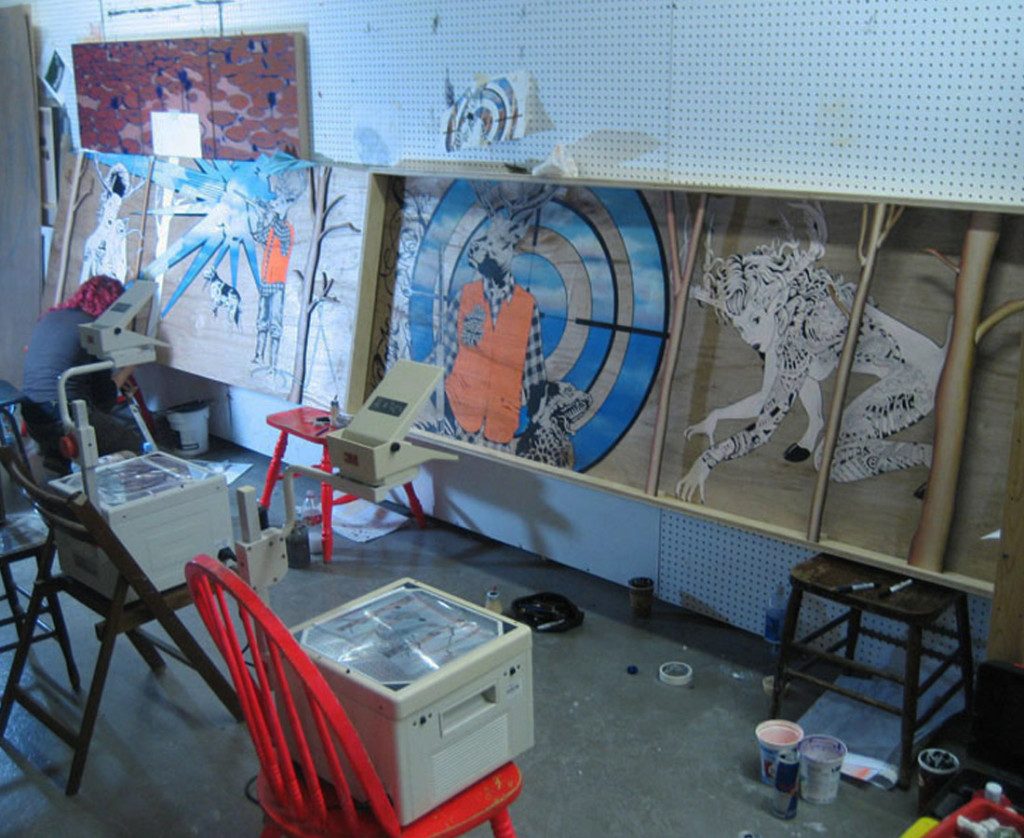 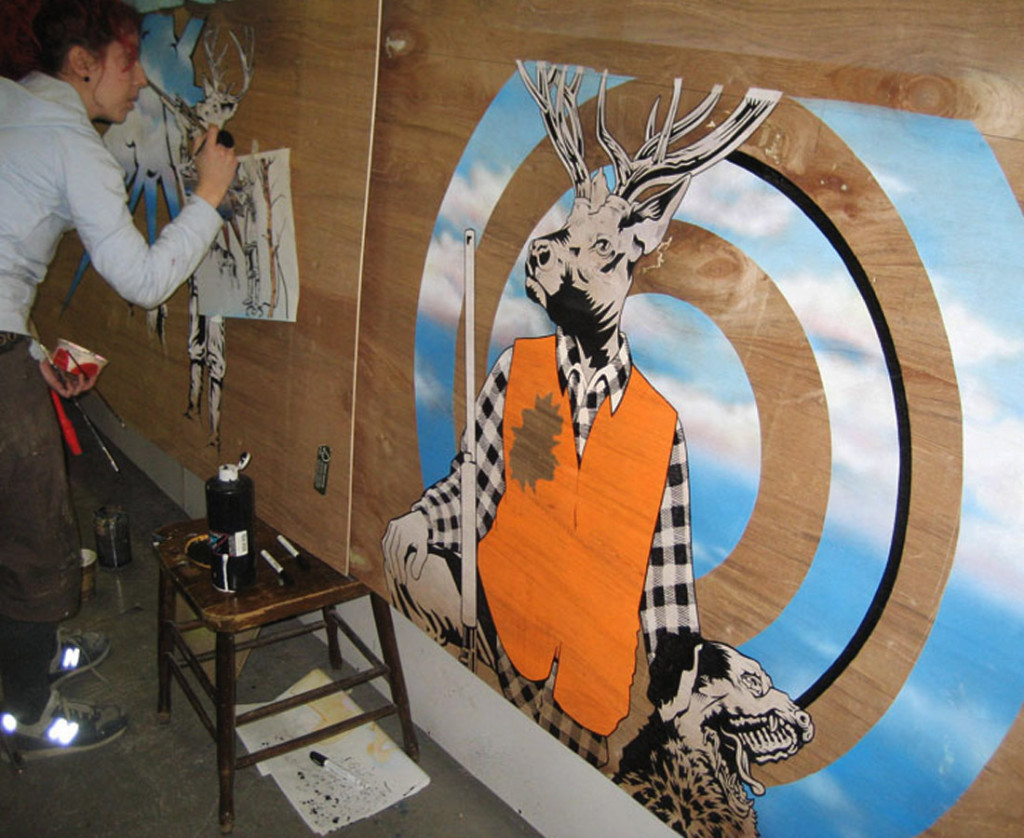 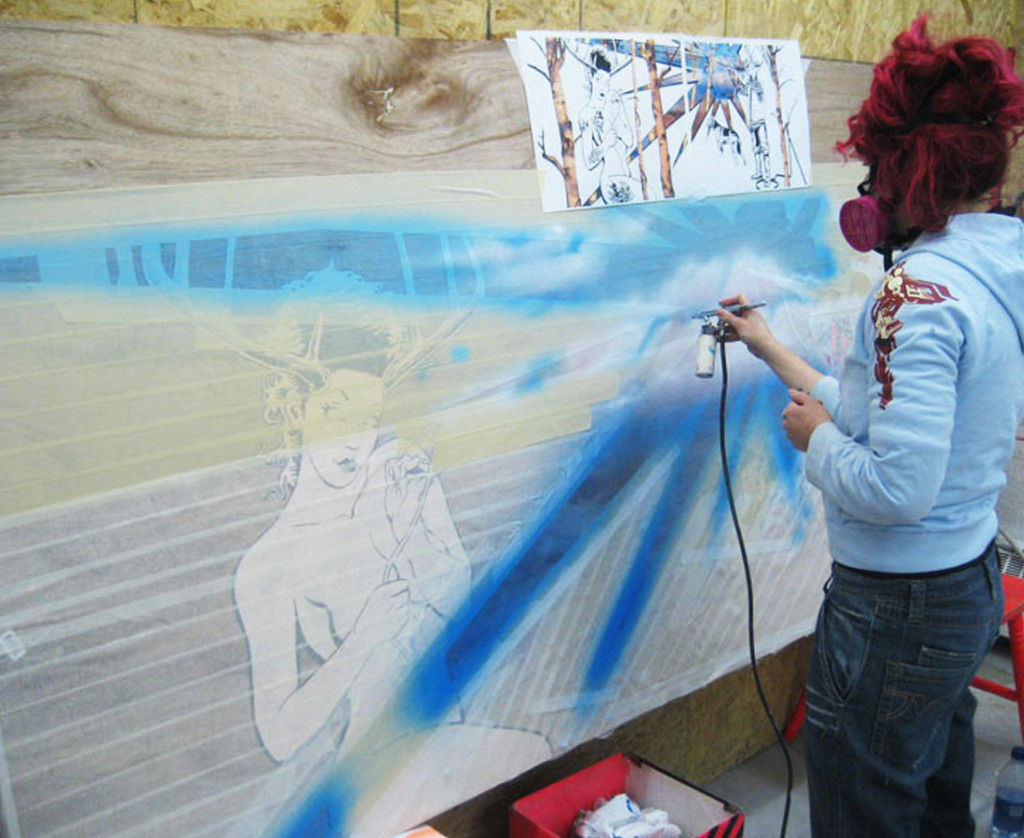 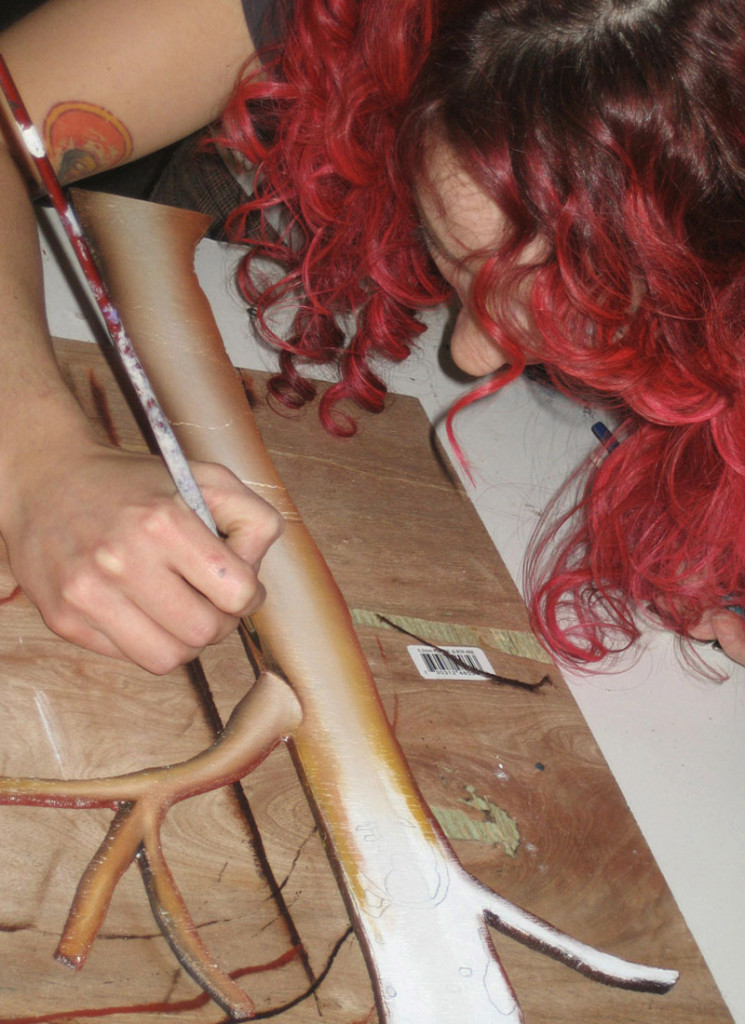 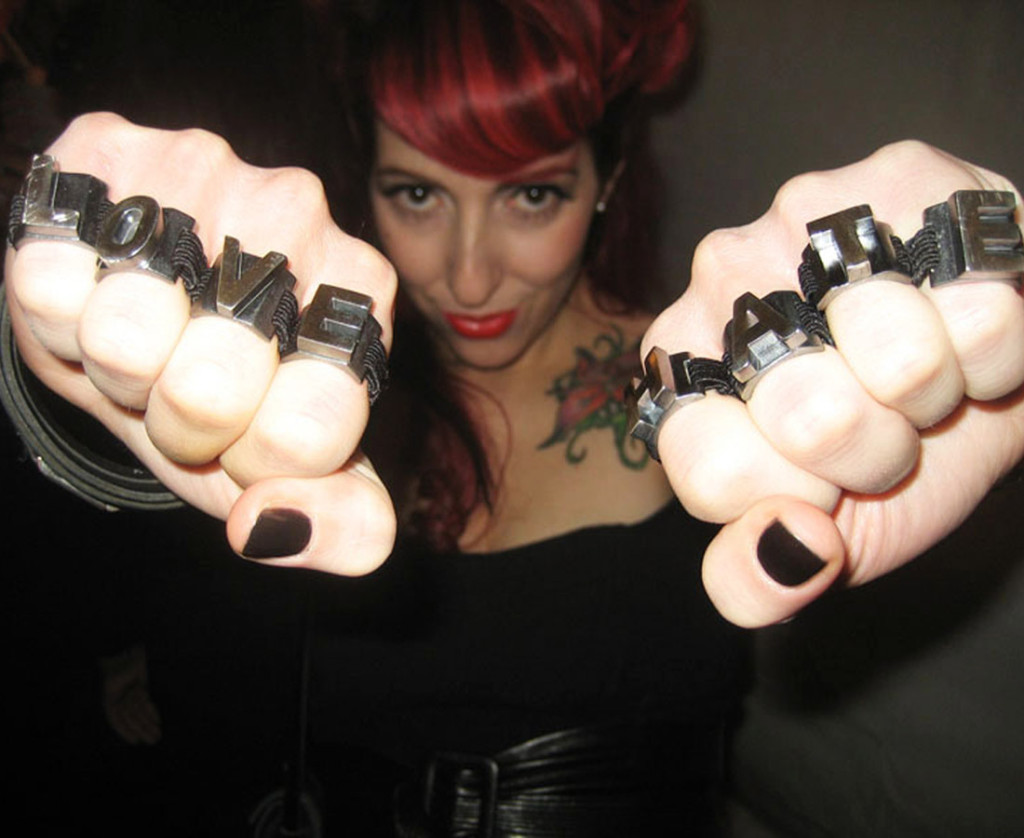