Les Foufounes Électriques is a club and concert venue located at 87 Saint Catherine Street East in Montreal. The club first opened its doors in 1983 and became a center for underground music, art and culture in Montreal. Known as “Foufs”, the club is the oldest alternative rock venue in the city.

MTAF had the honour of painting their exterior wall for the Under Pressure festival in 2008. This massive mural stayed up for 3 years, 2 years extending past it’s yearly painted surface. It also commemorated Foufs 25 year anniversary. 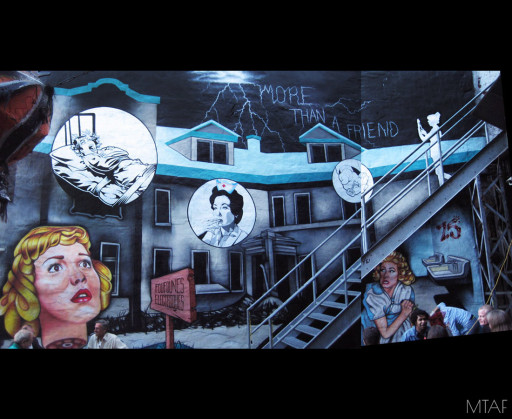 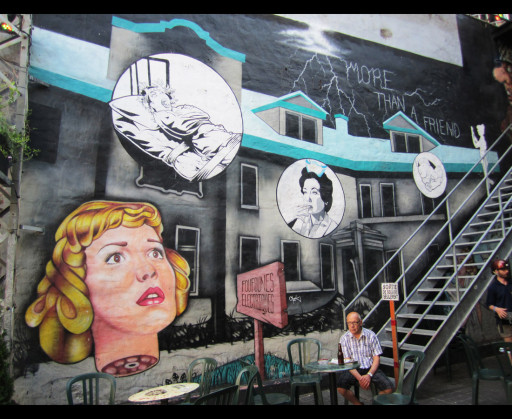 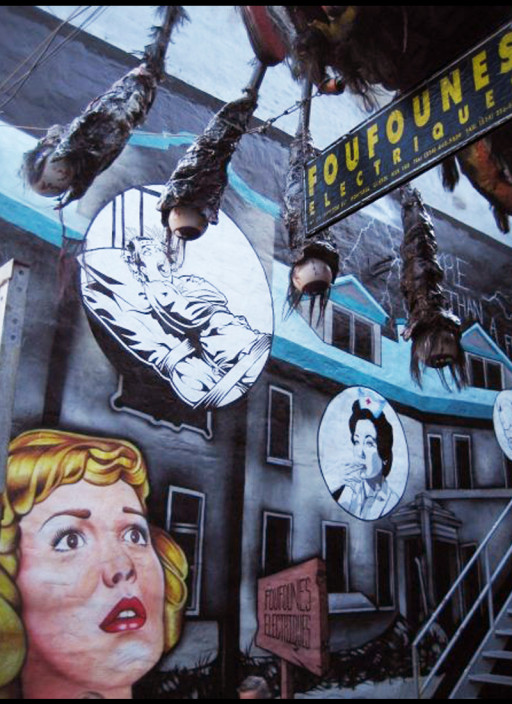 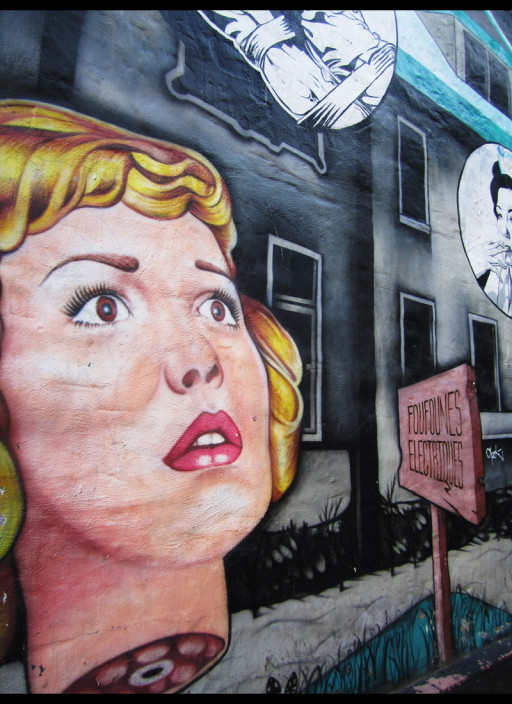 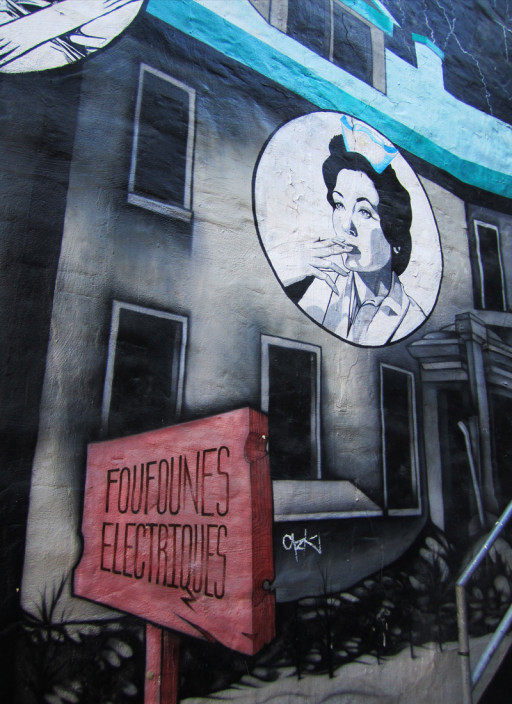 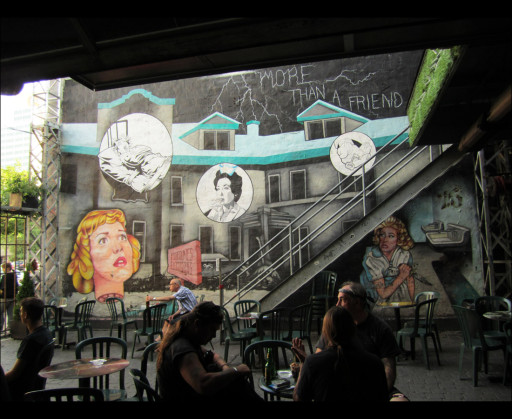 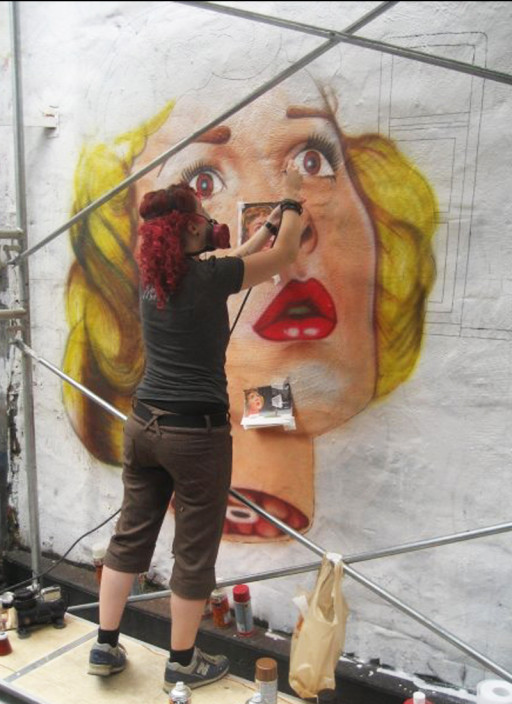 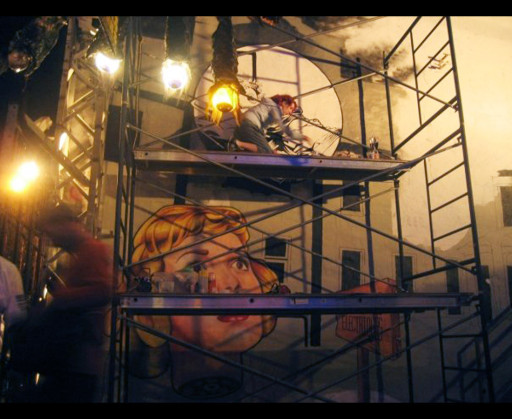 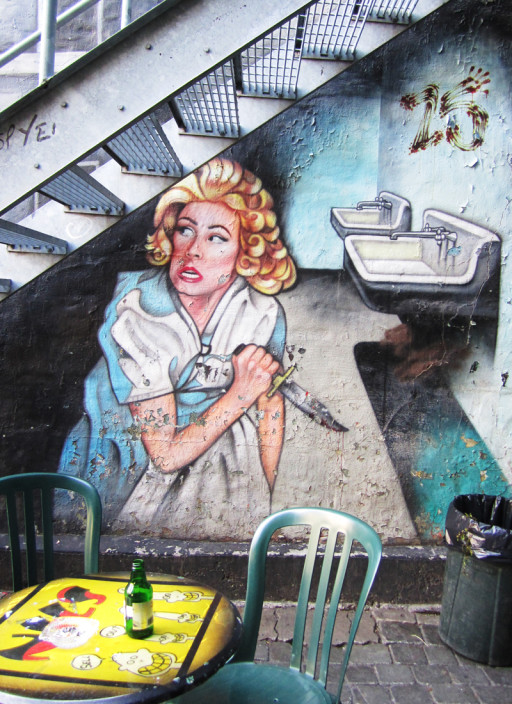 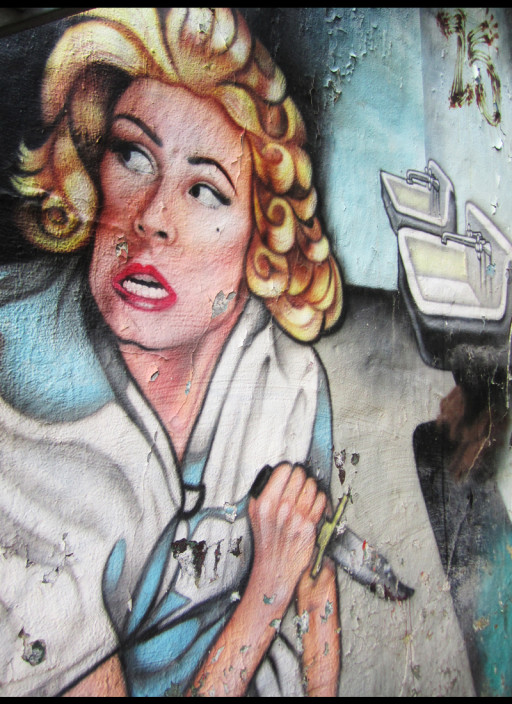 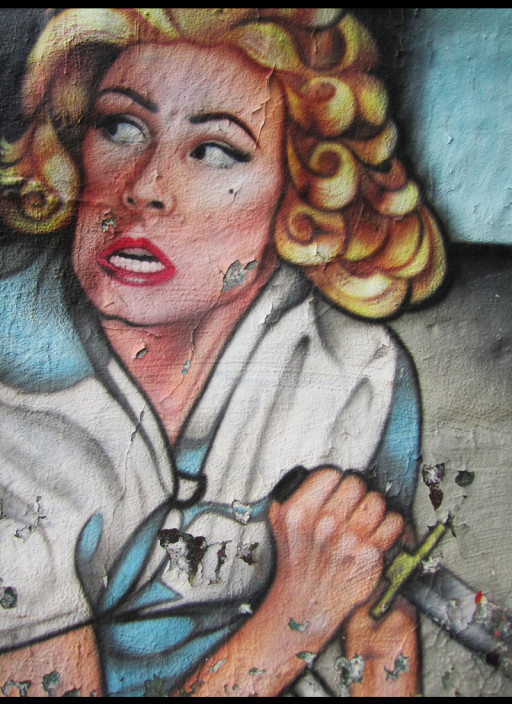